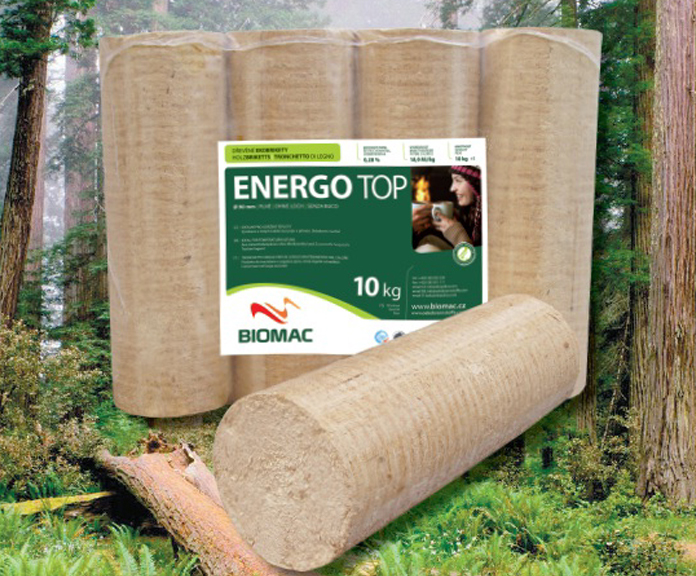 Zdeněk Černý graduated mechanical engineering from Technical University in Brno. Since the end of 80´s he worked for UNEX Uničov company focusing on engineering and production of large machines for coal mining. „At the beginning of 1990 our boss approached us with the proposal to try designing machines for timber industry,” Zdeněk Černý recalls the first impulse to turn to his future scope of business, and he adds: „Within one year he processed the whole documentation. But then privatisation came”.

Development and design unit of UNEX was closed, and majority of designers left for other companies. He also changed several positions in several companies where he continued designing machines for wood processing and briquette production, “ I thought it would be better to establish my own company, to build up machines, and to produce the product myself. Just designing and providing service probably would not assure earning my living for a long time,” Zdeněk Černý explains. 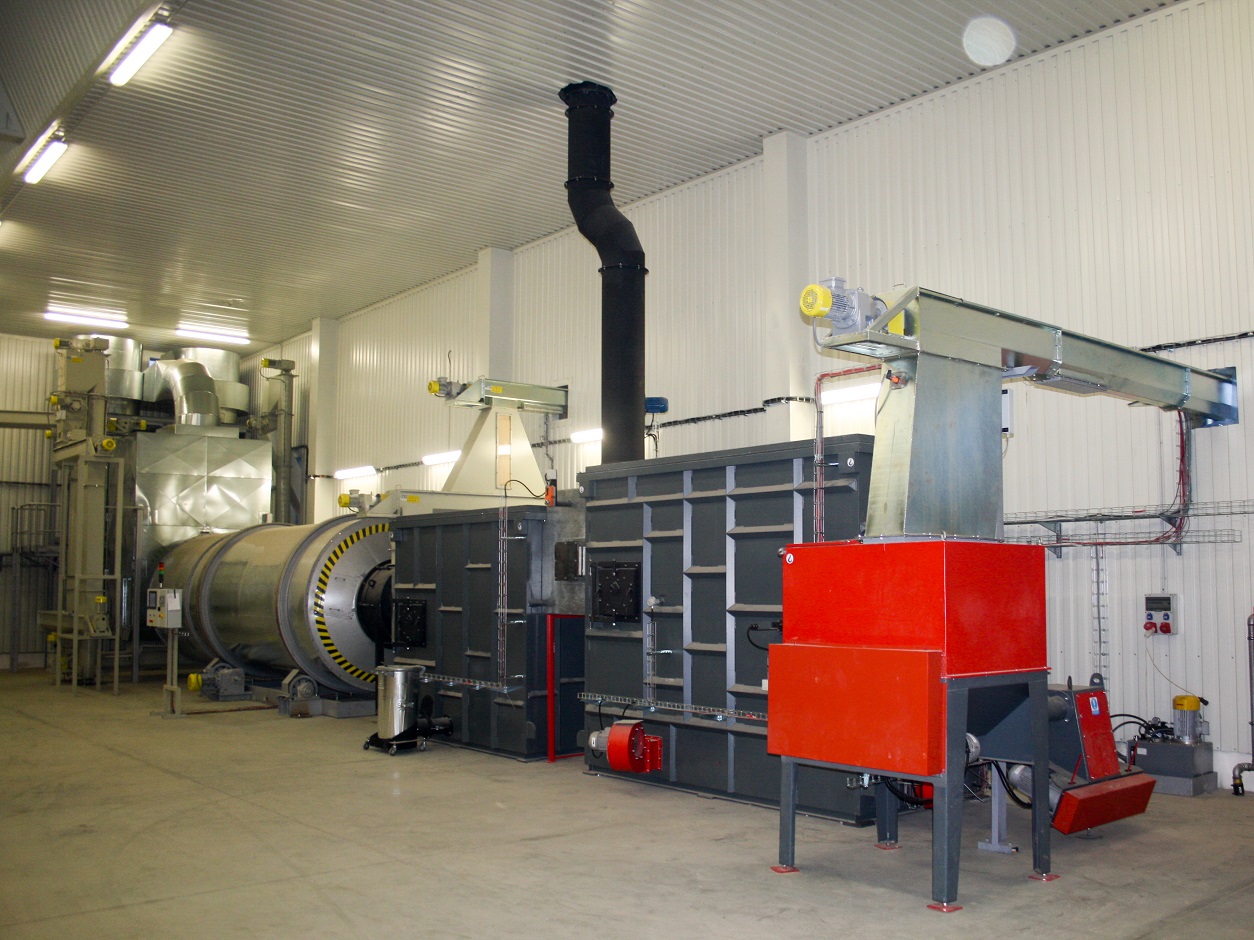 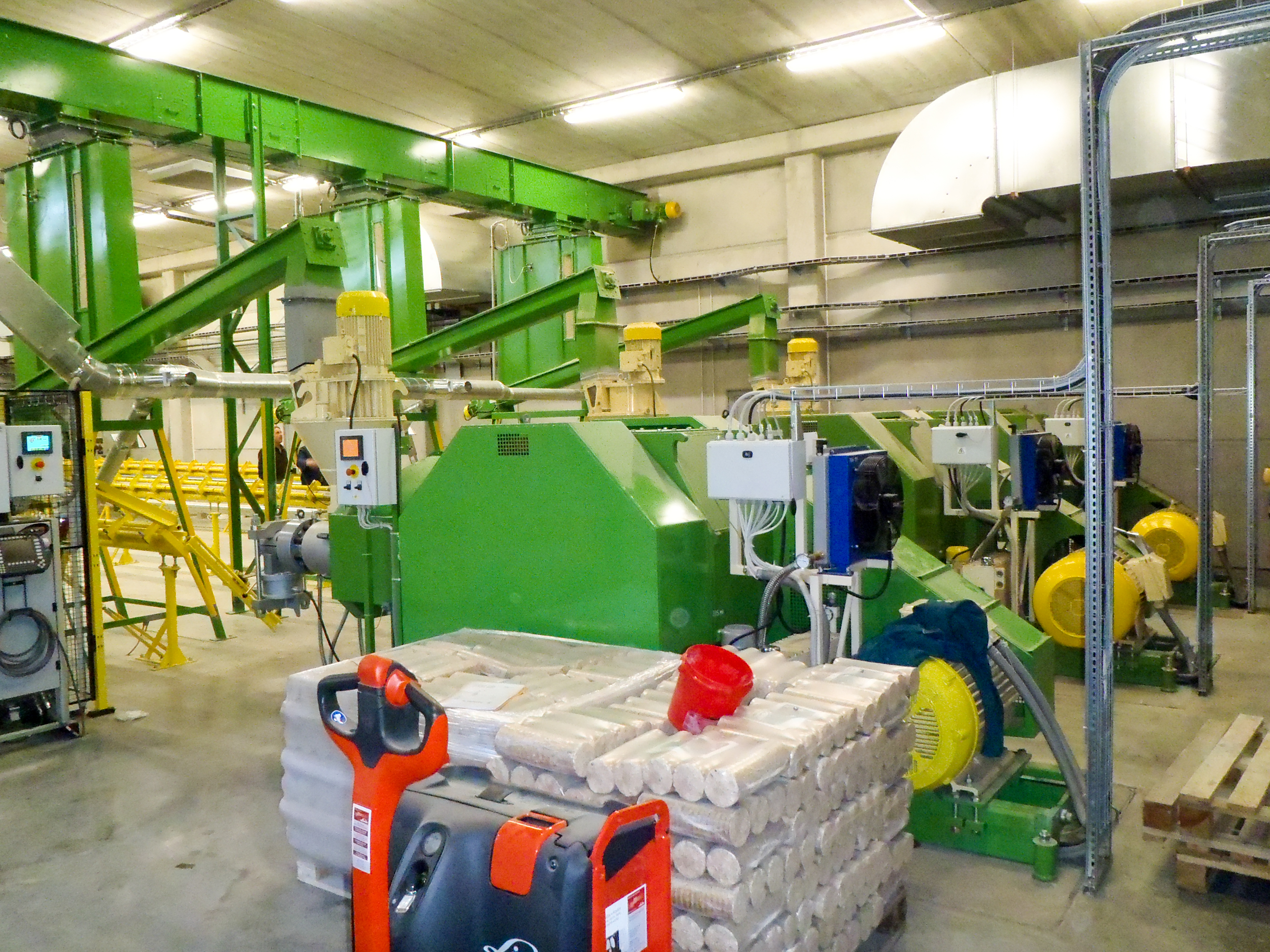 Into OBI thanks to (president) Havel

BIOMAC company was established in 2000. The most difficult was to get money for the start up. The first money was borrowed by a friend. Although there was no technical risk (the machines had been tested in practice, and Mr. Černý was not afraid of lack of sales as he trusted the product and spoke German well), banks were not favouring him. He got an offer for a loan with 21% interest rate. „That was unacceptable for us. We had no chance to pay it back, never mind earn anything. We expected our profitability rate to be at 15-16%. Thanks God, we managed to obtain ČMZRB guarantee with interest rate subsidy. That helped us very much at that time. That one who created such a program would deserve a medal”, recalls Zdeněk Černý his first cooperation with the bank with great gratitude.

Even though the Czech government promised to terminate sulphur emissions already from 90´s, nothing happened. Purchases of ecological briquettes were more expensive for Czech

households than coal.  That is why BIOMAC was forced to turn to Western markets. „At that time I started visiting petrol stations close to frontiers. German and Austrian operators bought our production there, and shortly after that they started to call me for further supplies. However, sales were not extraordinary high there as locals were used to buy this kind of fuel through retail chains,” Zdeněk Černý describes the first business steps. It was necessary to penetrate into such outlets.

At the beginning of the new millennium, there was a timber industry exhibition held in Austrian Wels. „The CzechTrade agency and the Czech Ministry of Industry and Trade made a great deal of work, and thanks to them we got there. They distributed invitation letters to the event on our behalf. As it was all held under the auspices of the Czech state, and the meeting room was decorated with the Czech national flag and portrait of president Václav Havel on the wall, we managed to convince a representative of the Austrian OBI chain to place a first testing order with us,”  Zdeněk Černý says.

That moment turned fateful to the BIOMAC. They started supplying Austrian OBI chain outlets with their product mix continuously adding other kinds of briquettes made from different wood, pellets, kindling, fireplace or barbeque wood etc. first. Then they expanded to Germany and Switzerland. “And then it developed by itself. When we told to Bauhaus that our products were in OBI, they wanted them as well,” Zdeněk Černý says. Today the company delivers its production also to Baumax, Hornbach, but also to Billa, Tesco, Penny, Kaufland and other chains.

In 2006 the company was dependant on the orders coming from abroad. 97% of BIOMAC´s revenues were brought from abroad, and only three percents from the domestic market. Thanks to such figures, the company was awarded the first and third prize “The Exporter of the Year”, and five years later it entered the retail chains of the Czech market, too.

The most difficult period came in 2007 when due to pressure and requests coming from the chains, company expanded its portfolio by coal briquettes from Sokolovská uhelná. „Coal briquettes were delivered to us on Friday March 30. But they were not cooled down enough which we did not know. So we placed them to our warehouse. On Sunday April 1, I was lying in hospital with spine broken in accident while skiing, and my nephew called me that our warehouse was in fire. That was a shock. It took the whole week to put the blaze out, and for another three days our family treated the fire site with buckets of water. And then it took us until 28th of September to get rid of a hectare field full of sawdust, pallets and debris,” Zdeněk Černý recalls the most difficult period of his business. The company suffered the loss of CZK 16 million in those days.

The family business of Mr. Černý has been a client of the ČMZRB for many years. Since 2000 the company has been provided with 11 guarantees, mostly for investment or working capital loans. The bank helped the company to overcome the most difficult periods, namely at the start of the business when the bank provided the loan guarantee together with the interest rate subsidy for the acquisition of technologies, and also in 2007 when the company suffered the loss of CZK 16 million resulting from the fire of its warehouse. At that time the ČMZRB provided the company with additional guarantees for working capital loans to purchase stock. Mr. Černý appreciates co-operation with the bank very much and recommends it to other businessmen.

BIOMAC is a family business established in 2000. It is involved in designing, supplying and servicing briquetting and pelletizing technologies as well as its own production of wooden briquettes and pellets. The company sells them to such retail chains as OBI, Bauhaus, Baumax, Hornbach or Uni Hobby and Billa. Besides Czechia, it has branches also in Slovakia, Poland and Ukraine. The company is the largest briquette producer in Europe and one of the top three producers of pellets in the Czech Republic. It has been granted many awards, such as the Exporter of the Year, Entrepreneur of the Year and Manager of the Year. The company has set itself a long-term goal to return ecological fuels back to the Czech market so as to gradually replace the high-sulphur coal with clean ecological fuel in the country.