Domů Stories He wanted to implement research results into practice, so he started his own business 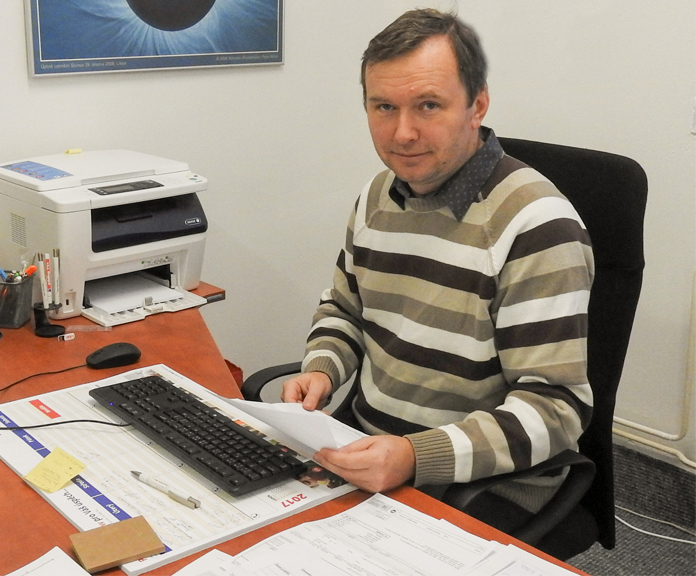 First steps were not so difficult. Newly established Matex PM managed to get the space for its activities in the business incubator of Pilsen Region, means to purchase equipment were provided by a middle-term investment credit of the Czech-Moravian Guarantee and Development Bank (ČMZRB). First orders were obtained thanks to contacts of Mr. Němeček who had been active in the sector for more than ten years.

The company initially focused only on sale of services. They tested materials and provided machinery companies with consultancy services. “But such services were offered also by various research institutions which contrary to us had a chance to use subsidies,” Stanislav Němeček highlights the situation.

We were unable to compete to them with our prices. However, we were able to explain the companies not only why a material defect happened but also what they should do to avoid the breakdowns for the future. Thanks to that added value we managed to get orders and to make up our living,” Mr. Němeček adds.

After five years, the growth came
Despite of all difficulties, the founders were thinking where to focus their activities in order to get out from this quite unfavourable competitive environment to give the company a chance to grow. “We were looking for a new technology in machinery and we have found power lasers. Nobody was involved in surface hardening using a laser beam, which results in extending the useful life of the surface, in the Czech Republic by that time. So we buckled down to it,” Stanislav Němeček describes further sphere of company’s interest, and adds: “It took us nearly two years to convince customers that this technology really could help them, but then it turned out well, and we were snowed under with work. The volumes of the orders grew up; we started to build up tailor-made machines to our customers, and opened a branch in Ostrava.”

Over a ten-year period of its operation in the market, the company moved to larger premises five times. In 2015 it employed twenty employees and reached the annual turnover of CZK 30 million. The company was also awarded the Pilsen Region Vodafone Company of the Year award in 2014. At that time, a critical juncture came. Mr. Němeček wanted to orient the company further to machinery and development towards additive manufacturing processes, but his partner wanted to focus rather on construction of equipment and robotic automation. “So we agreed that I would leave the company, and shall start from scratch,” Stanislav Němeček states.

The Raptech company started its operation in October 2016. It focuses on the production of various tools, fixtures, moulds, and dies for machinery industry, using at the same time laser technologies, e.g. for repairs and rebuilding of machine parts. It also carries out additive manufacturing processes providing for conventional 3D-printing using polymers, as well as printing of sizable parts from metal powders. “The way how we are doing it distinguishes us from our competitors,” Mr. Němeček turns our attention to the merits of his company. Thanks to that, the company has an access to research projects involving many research organizations and institutions all over Europe. 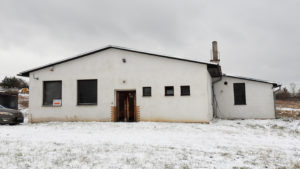 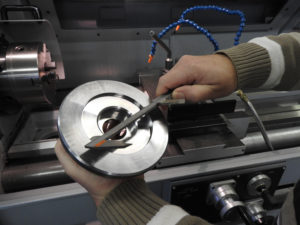 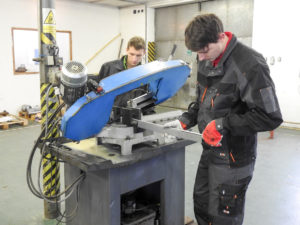 The second start up was smoother
“I was considering it for a while whether I was really willing to start more or less from scratch again. The first time, I just jumped to it and was not thinking over what was ahead of me. Everything was developing continuously and learned how to manage the company, economic issues and finances, superintend people, how to enter into business contacts. And there I realized that gaining all that experience had cost me such a great effort and it would be pity if I don’t utilise it,” Stanislav Němeček describes his conceptual approach of that time. Thanks to his experience he knew what and where to arrange, whom to address. He started renting production premises again. This time in a suburb of Pilsen, in Kyšice village. He approached ČMZRB and managed to get two loan guarantees to buy machines. “I didn’t want to wait for the settlement of shares in the previous company, so I decided for funding of technology acquisition from other sources. I was quite sure in success, it was the best solution for me and thanks to my business history it was not such a problem to get money”, the founder of the Raptech company says.

His experience and personal contacts helped him also to get the first orders. “At the beginning I was a little bit afraid of that, as we never did machining work. I planned to visit all previous customers and to explain them what I was doing now. However, there was so great amount of work related to the start up that I have had no time to do so, yet. Thanks God, maybe because of my previous reputation, the orders started to come with no effort and production capacities started to fill in themselves,” Mr. Němeček says.

Small company and high added value
At the beginning of this year, i.e. in three months since its establishing, the company employed six people and started to seek new ones in order to start two-shift operation. If everything develops at present pace, it is to be expected that the company shall achieve the annual turnover of CZK 30 million, reached my Matex PM in 2015, in three years. “If the pace is slower, it could happen in five years,” Stanislav Němeček unveils his prognosis.

“I do not intend to build up the company employing hundreds of people. I would like to have 20-30 handy employees who will get on well with each other and shall create a favourable working environment in their working place. Although it is not a common business plan (where maximisation of profit is the common goal), for me it is very important to create such ambience for those who will work here,” the Raptech company owner adds.

Building up own modern production hall with laboratories meeting European standards is another dream of him.  In his business, he mainly intends to focus on activities with the high added value content.

The Czech-Moravian Guarantee and Development Bank provided the company Matex PM with a loan for acquisition of its research laboratory and production facilities in 2005, and then three loan guarantees to buy machinery and laser technologies. In 2016, ČMZRB provided two guarantees also to the RAPTECH company, namely for purchase of new technologies related to machining and tool-making. For Mr. Němeček that was the best acceptable way to obtain funds in order to start his new business. Guarantees given to the company are covered both from national and European resources. In this case, through the “COSME“ programme.

The Raptech company was established in 2015, although its real activity started only in autumn 2016. The company is active in additive manufacturing, utilisation of laser technologies in production. It also produces tools, moulds, dies, fixtures and machine parts on new CNC machines. The founder of the company, Stanislav Němeček, has proceeded in fact with the activities of Matex PM, the company he established together with his partner in 2005.